In this review, the readers can learn more about the Golden Dragon slot by Microgaming. You can expect to read about the general gameplay experience, features, and bonuses it has to offer. Further, we will go over the game’s pros and cons and give our overall verdict on whether it’s worth playing. After reading the article, you will have a much clearer understanding of the Golden Dragon and its overall performance.

Golden Dragon slot machine is a fantasy-themed casino game developed by Microgaming back in 2002. It is an old-school game, so it has straightforward mechanics and is minimalistic in terms of special features. Further, it has three reels, three rows, five paylines, high volatility, and an RTP of 93,23%. Players can also use the demo version or free mode to give it a few spins and see what it is all about.

Golden Dragon is a fairly old game and doesn’t incorporate some features that modern ones do. Despite being old, it has a decent fan base among players who prefer classic titles. So, let’s get into some general pros and cons of the Golden Dragon slot.

Pros
It’s straightforward and beginner-friendly.
It has a relatively wide range of bet sizes, as it allows players to place between 0.05 and 5 coins per payline.
Another advantage is the presence of substitution icons which is great considering the number of reels and paylines.
Cons
For starters, the Golden Dragon slot machine has a low RTP percentage.
Moreover, it lacks many features, including multipliers, free spins, etc.
Given the low hit frequency, the game should up its basic rewards for regular winning combinations.

As stated earlier, Golden Dragon has simple mechanics and straightforward gameplay. In fact, it doesn’t feature plenty of symbols. Instead, its most valuable icon is the dragon. In addition to this icon, a shield with crossed swords and ‘BAR’ symbols can appear on the reels. Casino enthusiasts can differentiate between single, double, and triple ‘BAR’ icons.

The dragon is the highest-paying symbol in this game. By landing three of these icons, gamers get a 1000x multiplier and can receive 5000 coins if they bet five. Moreover, it functions as the wild. Others are medium-value symbols, and the shield is at the top. It offers 80 coins, whereas the ‘BAR’s’ worth ranges between 10 and 60.

Landing the dragon icons can result in the highest payout while landing any ‘BAR’ symbols gives a minimum return. The most you can get is four coins.

How To Play Golden Dragon Slot

The first thing to do is get familiar with the controls. Fortunately, the buttons are straightforward so that new players would get around quickly:

In the ‘Help’ section, you can learn the basic rules. This is what potential players should know before launching the game:

Unfortunately, the original version of the Golden dragon slot machine Philippines doesn’t feature a bonus round. There are no scatters, free spins with multipliers, or a progressive jackpot. Players will have to settle for simple gameplay with no unique bonus features.

As this online slot lacks bonus features, players need to be patient and persistent in order to win the 1000x payout combination. As suggested, it is a high-volatility game, meaning users can receive good prizes but not that frequently. The maximum payout players can receive $26,240.

Online casinos and mobile gaming really started to take off after 2005, and this game is over two decades old. As a result, it was never made to be compatible with mobile devices. Additionally, the last update for this game was in 2018, and players are more interested in experiencing recent releases. So the chances are that this game won’t get its mobile version unless it’s completely rebooted and re-released.

Overall, Golden Dragon is a solid game among the classics. It was still one of the early casino games, and as a product of its time Golden Dragon slot is fairly decent. However, it cannot compete against modern ones. It lacks some exciting features that players really expect to see in a slot game. Therefore, this game would be more suitable for someone who appreciates simplicity rather than loads of features.

Sorry, demo is not available

Advertising Disclaimer
OnlineCasinoHEX.ph is an independent review service that aims to provide you with a detailed examination of leading gambling sites in the Philippines. Featured sites are led by our partners who contribute to our business, so OnlineCasinoHEX.ph gets its income through the commissions. Users are not charged by OnlineCasinoHEX.ph. However, OnlineCasinoHEX.ph provides only unbiased reviews, all sites selected meet our rigorous standard for professionalism. 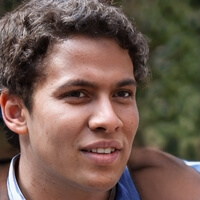 What is the issue?

Text area has a limit of 200 characters.
We use cookies to improve your experience on our website.
More Information

#StandWithUkraine - We stand with people of Ukraine. Russia is not “just” attacking the Ukraine people.
This is a war against democratic values, human rights and peace. We can make impact and help with our donations.